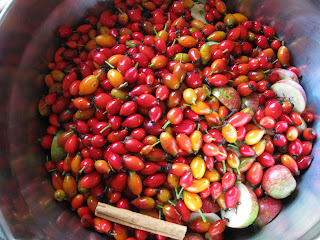 I suffered for this one, I really did. The rose thorns ripped my hands to shreds, my right hand was sticky with blood at one point
Posted by Tracey at 18:10